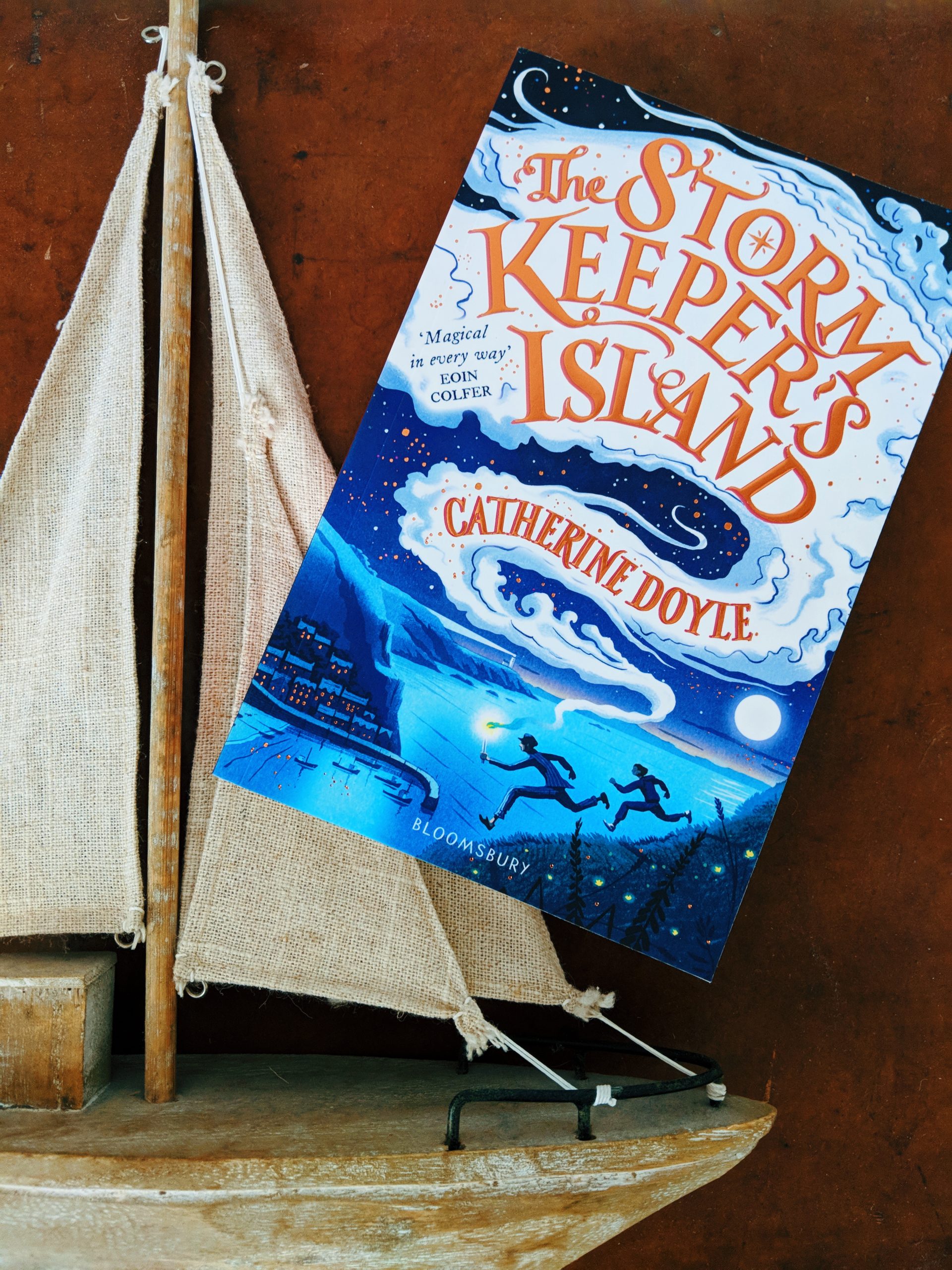 When Fionn Boyle sets foot on Arranmore Island, it begins to stir beneath his feet …

Once in a generation, Arranmore Island chooses a new Storm Keeper to wield its power and keep its magic safe from enemies. The time has come for Fionn’s grandfather, a secretive and eccentric old man, to step down. Soon, a new Keeper will rise.

But, deep underground, someone has been waiting for Fionn. As the battle to become the island’s next champion rages, a more sinister magic is waking up, intent on rekindling an ancient war.

Who could resist such an enticing cover (illustrated by Bill Bragg) and blurb? Not me – that’s for sure! So when Bloomsbury offered me a review copy of The Storm Keeper’s Island, I jumped at the chance.

Initially, I was drawn in by the idea of overlapping worlds in this middle grade novel. I’ve always been fan of low fantasy where magic intermingles with reality and the tale really delivers on that score. We know that Arranmore is enchanted from the outset, especially for Fionn and this sense of power is richly developed as the story unfolds.  Doyle casts us into a landscape that’s full of gods, myths and half-buried histories.  At the centre of this, Malachy – Fionn’s grandfather and the current Storm Keeper – is trying to hold everything together from his homely cottage filled with mysterious candles. But his strength is waning and so a successor must be found.

Malachy is a beautifully drawn character, one of my favourites in the book, full of humour and kindness – very much like Fionn who is also incredibly witty.  The sparky dialogue between the characters is a real highlight of the novel. I’d read more by Doyle just for her banter alone!

Of course, where there are heroes, there are also villains.  The island has a motley crew of unlikeables topped by Morrigan, an evil sorceress who wishes to rise again. This is where it got a bit more complicated as different timelines began to interweave but I enjoyed the intricate plot and will be interested to see how the author brings everything together in the sequel (out July 2019).

The Storm Keeper’s Island is a compelling summer read for 9-12 year olds. It will also appeal to fans of old-school novels such as The Dark is Rising by Susan Cooper and The Weirdstone of Brisingamen by Alan Garner.  You can buy the book here.

If you enjoyed this, we have a whole section on book reviews.